After Juan Manual Marquez landed that thundering right hand, it was like my brain was having a hard time figuring out what it was seeing. There was about a second where I didn’t hear anything, didn’t think anything.

Ever since I started watching boxing, one idea had been firmly lodged in my head: “Manny Pacquiao is the best in the world.” He made Erik Morales quit. He blew away David Diaz and Ricky Hatton with one punch. Then there was the Miguel Cotto beatdown and pummeling Antonio Margarito into oblivion. 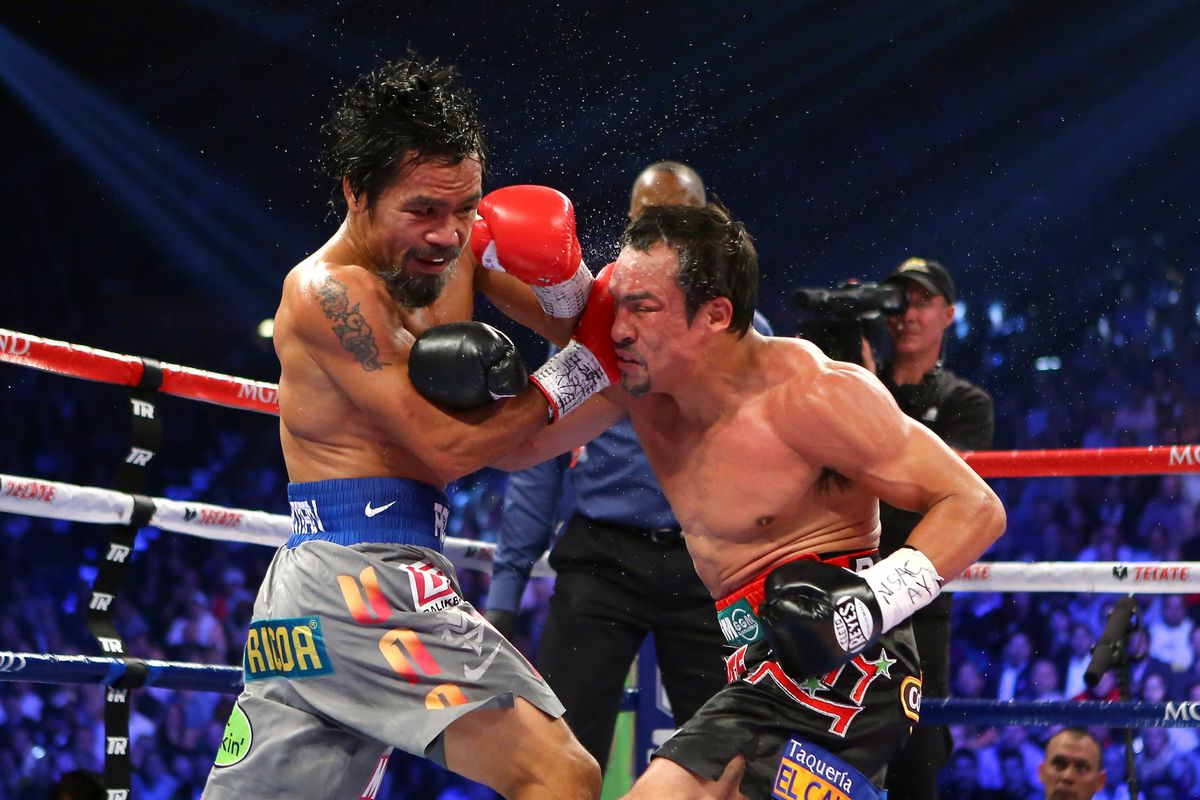 What this weird, smiling little man had accomplished defied belief.

After the third Marquez fight and the Timothy Bradley robbery, that idea lost some of its luster, but he was still on a pedestal to me. Sure, he was a bit slower and sure, he could lose a decision, but he was Manny freaking Pacquiao.

And suddenly everything popped back into focus. There was Pacquiao, face down on the canvas at the MGM Grand Garden Arena in Las Vegas, Nevada. He was lifeless, helpless and heaving for oxygen as everyone ringside looked around in sheer astonishment. The medical team soon descended on him, trying to get him to move, while Jinkee Pacquiao sobbed nearby in a panic.

And there was Juan Manuel Marquez celebrating his long-overdue vindication.

When I was first asked about writing this article, I had a pretty good idea of what I wanted to say. Whether Pacquiao won or lost a decision, I figured the best course of action would be to take the stylistically-favorable and undoubtedly lucrative fight with Brandon Rios early next year that Bob Arum had been floating. Rios is plodding, easy to outbox, and has no discernible Plan B when goading his opponent into a brawl doesn’t work.

But now? Pacquiao should take the Rios fight if it’s available and then retire.

Is he still an elite fighter? Sure. Could he still beat most of the 147- and 140-pound division fighters? Probably.

But, that was the kind of knockout that breaks fighters. Pacquiao is slowing down already and has a whole heap of other stuff on his plate at the moment. Plus, one can only imagine that his paydays will take a hit after something like this. Retiring off a crushing loss like this would be unbearable, so taking a winnable fight against a prominent fighter and then calling it quits would be the best course of action.

You can forget Floyd Mayweather Jr., unless “Money” now sees the opportunity to make a haul at the expense of the fading Filipino and drops his demands.

Let’s all remember that Pacquiao has been in the game for almost 20 years — and he’s still just 33 years old. His boxing odometer, however, has turned over if not once, perhaps twice, in a grueling and busy prize fighting career. What Pacquiao has accomplished is frankly astonishing. He has a promising political career. He doesn’t need to fight anymore.

I am and will always be a Pacquiao fan. I’m grateful for the amazing fights he’s given us.

I just don’t want to see him face-down again.

How would Mike Tyson have fared in MMA?

‘We need something to eat’: Boxing champ Manny Pacquiao describes his journey from poverty to politics