Senator Emmanuel “Manny” Pacquiao has filed a bill to create a system by which the government and the private sector could work together in fighting involuntary hunger which has become more widespread because of the novel coronavirus disease (COVID-19) pandemic.

In filing Senate Bill (SB)1364, or his proposed the Food Waste Reduction Act, the boxing icon-turned-politician explained that there would have been no need for people to line up on community pantries just to get by and get something to eat if the government has an institutionalized and organized system of reducing food wastage through food donation and food waste. Pacquiao, who said he had survived on rotten bread, fish gills and other scraps during his younger years, said that “it is ironic that while there are millions of Filipinos who are experiencing involuntary hunger, the amount of food that go to waste every day is staggering.”

He said his bill ‘’seeks to address the food wastage and hunger in the country by requiring food businesses to donate their safe and edible excess food to food banks and charities and to recycle the inedible food surplus into fertilizer or compost instead of disposing the same.”

Food banks refer to non-profit, charitable or other social mission-oriented organizations that distribute food to the food insecure.

Citing a report made by the World Wide Fund for Nature (WWFN) Philippines, Pacquiao said there about 2.4 million Filipino families experienced involuntary hunger at least once in the first quarter of 2019. 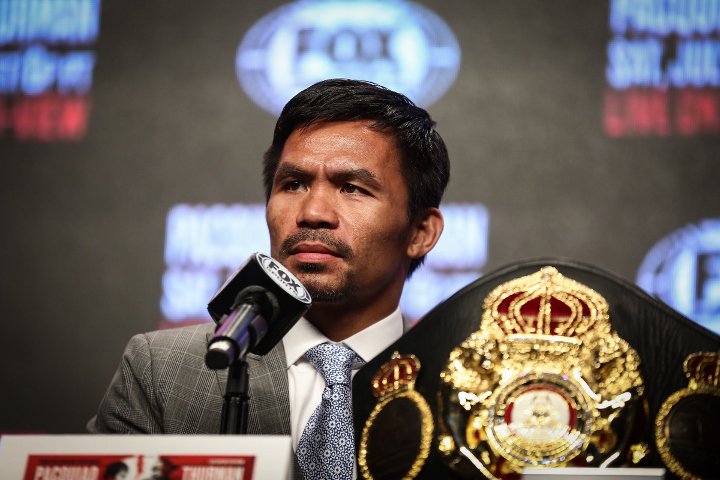 The same study showed that there are at least 13 million Filipinos who cannot afford three square meals a day.

The report also noted that only one out of three Filipino households are considered food secure.

Pacquiao said that, ironically, despite the massive number of Filipinos who experience hunger, it is estimated that each Filipino wastes an average of 3.29 kilos of rice per year which is enough to feed 4.3 Million people.

“Food wastages generate not only economic concerns but also environmental concerns given its contribution to increased greenhouse gases, deforestation, among others. While the Philippines has excess supply of edible food, 13 million Filipinos cannot afford three meals a day,” he said in the explanatory note of his bill.

“This edible food surplus, instead of being thrown away and wasted should be better utilized by donating it to the millions of hungry Filipinos while the inedible food surplus be recycled as raw materials for compost or fertilizer,” he added.

Under his proposal, food manufacturers, food establishments such as restaurants, cafes, diners, fast food chains or hotels, culinary schools and other food service training institutions, markets and other food distribution centers are required by law to minimize food wastages by donating their “edible food surplus” to Filipinos who are considered as “food insecure.”

SB 1364 defines “edible food surplus” as excess food or surplus food in the retail and consumption stages, determined to be fit for consumption based on standards set by the National Nutrition Council (NNC) and the Food and Drug Administration (FDA).

To protect the food donors from possible abuses and encourage donations, the liability of owners of the food-related businesses is limited only to the time that they have possession of the food surplus. Once a donation has been made to the accredited food banks and/or to farms, the owners of food-related businesses shall be exempt from any liability and/or injury arising therefrom.

Also, donations of edible food surplus by food-related businesses shall be exempt from donor’s tax and the same shall be considered as allowable deductions from their gross income, in accordance with the provisions of the National Internal Revenue Code of 1997.

You Won’t Believe How Much Money Mike Tyson is Being Offered For Boxing Return!