The exasperation in the minder’s voice was clear. Muhammad Ali had just arrived at Essendon airport aboard Anthony Pratt’s private jet.

The boxing legend, whose body was succumbing to the symptoms of Parkinson’s disease, had been trying, in his slow shuffle, to work his way to the fans, who, in those days, could still line the fence of the suburban runway.

His already tortured path, however, was being impeded by members of the media, who being allowed to congregate just metres away from the plane. They were more interested in getting pictures taken with Ali, rather than of him, or asking questions. 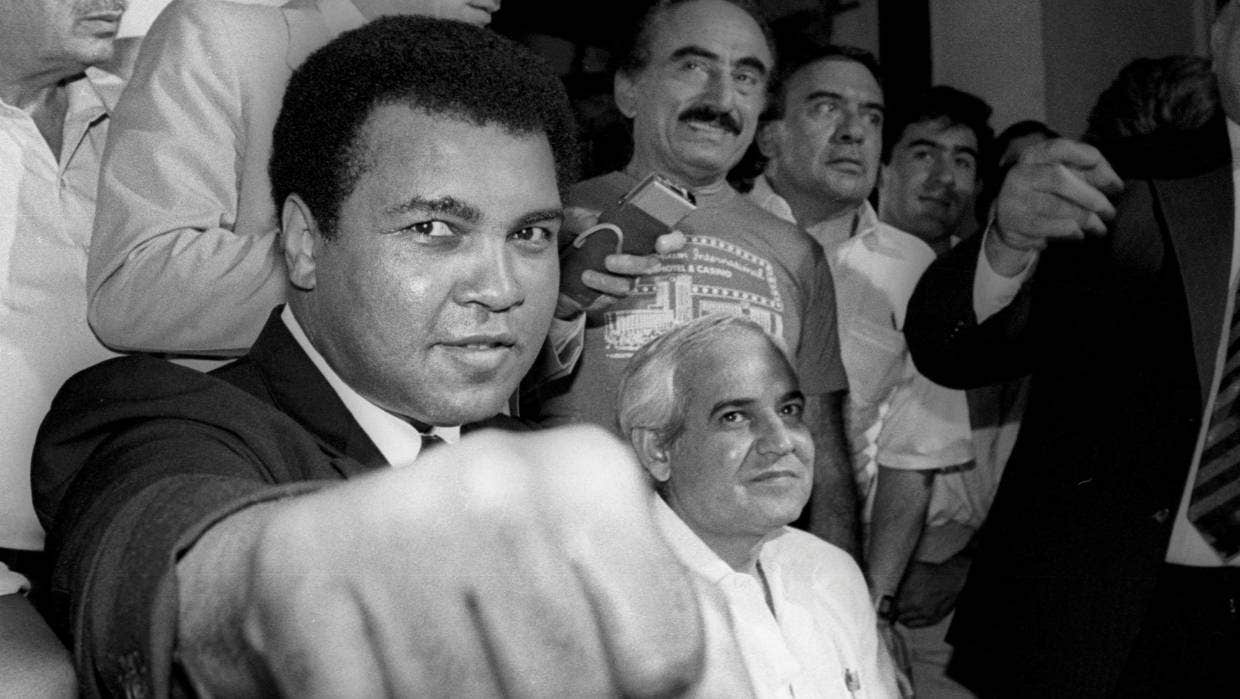 Finally, the minder had endured enough. The call went around. Anyone who wanted a picture with the greatest boxer to have lived, gather around him. It would be a one-off chance. No more interruptions would be allowed.

Even Ali, who struggled to show facial expressions, seemed relieved. Twenty-two journalists, photographers and TV crews crowded in for that shot. Afterwards, copies were distributed to everyone who was there. I was, standing just one person off Ali’s right shoulder, a huge smile beaming across my face.

For 18 years I have kept it safe in an album and it was the first thing I searched for when the news of Ali’s death broke on Saturday.

Journalists can be guilty of forgetting the privileged berths that we often hold to the world’s events. 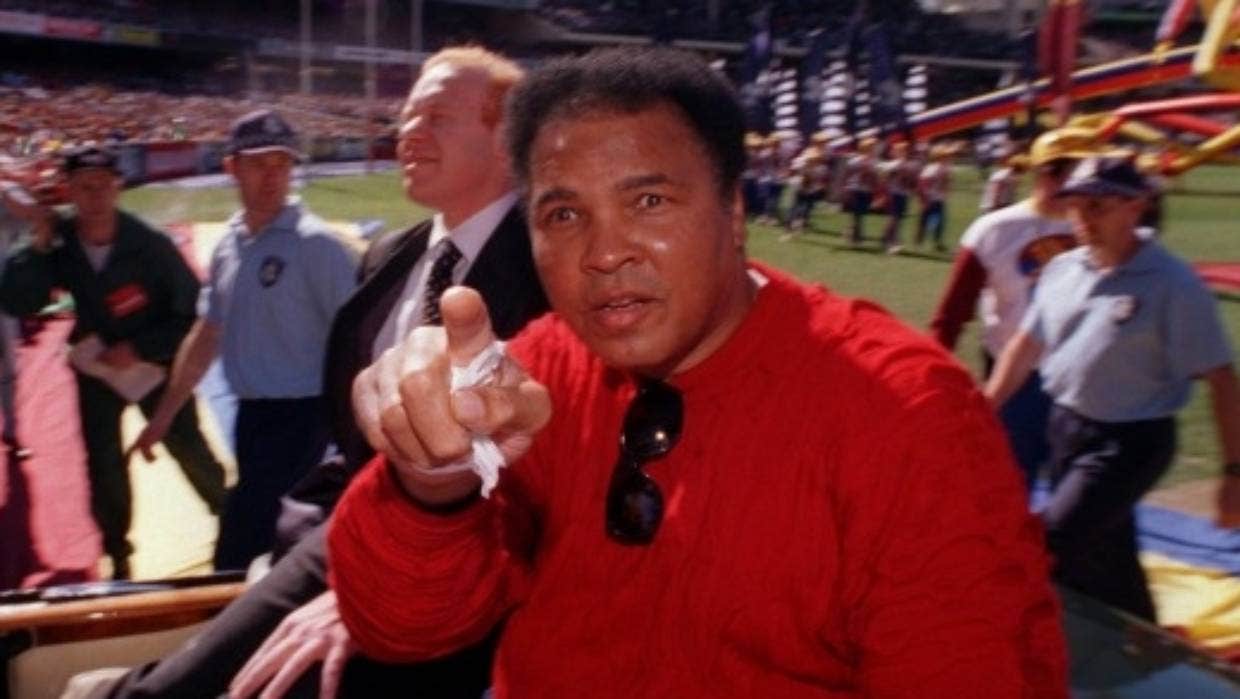 In sport particularly, the extraordinary can easily seem ordinary: another game to cover, another sportsperson to interview. But Ali was different. Here were seasoned journalists acting like giddy groupies. In two decades, I have not again witnessed that happen to that extent of that September day in 1998.

Ali had been brought to Melbourne by the Pratt family, with plans for him to appear at events in the days leading to the grand final before making a lap of honour before the opening bounce of Saturday’s North Melbourne and Adelaide clash.

Following Ali for the week was a dream assignment. I was mid-way through my first year with Fairfax Media and Ali was my sporting hero.

I discovered him in a cartoon in the 1970s of all things, and then as a scrawny teenager I took some boxing lessons in the hope that would ward away the bullies.

It failed to achieve that, but it did seed a fervent interest of the sport.

I watched as many of Ali’s fights as I could find at the local video store – remember those? – and read book after book about him.

To this day, I cannot give a definitive answer as to why I felt such a connection with him, particularly as my interest in boxing has waned, but from what I saw that week, I know his life has touched many people.

The main function was a grand final brunch on the banks of the Yarra River. It was in all ways, a surreal experience as 3000 people of many ages and ethnicity mingled in anticipation of a glimpse of the man. Finally the announcement came: ‘Ladies and gentlemen, I believe he is just two minutes away”.

On the day, I wrote: “People fell silent in antipation, some climbing on tables while others formed a guard of honour along the road. No one pushed. No one shoved.

They stood and waited. One minute before he arrived and with the song to the award-winning documentary When We Were Kings … still ringing in their ears, the fans began to jostle”.

I remember all this. I also recall an elderly man looking at me sympathetically as I attempted to blink away the embarrassment of tears welling in my eyes.

I watched as he was ushered into a car where the three-time world champion waited.

He emerged shortly after, saying Ali was not able to say a lot, but there was enough. There was always enough with Ali.

Emotion can be a powerful tool. I rang my parents that night and read them my report, finding that, again to my embarrassment, my voice breaking.

And there I was on Saturday staring at that picture that was taken so long ago. And my eyesight again began to blur.

I may never be able to pinpoint just why Ali seemed to mean so much to me, but I now know that I was never alone.

Manny Pacquiao Shares Wish & This Is How He Celebrated His Birthday