Tyson, who returned to boxing after 15 years of retirement last year, had been in talks for a trilogy bout with another former opponent in Evander Holyfield. Negotiations fell through however with ‘The Real Deal’ now set to take on Kevin McBride this summer. Tyson however now seems set for another famous reunion, telling TMZ Sports: ‘I’m gonna fight Lennox Lewis’, adding the bout is lined up for September.

Lewis, boxing’s last undisputed heavyweight world champion, knocked Tyson out in 2002, with the two having to be pulled apart in an explosive pre-fight press conference that almost led to the fight being called off. 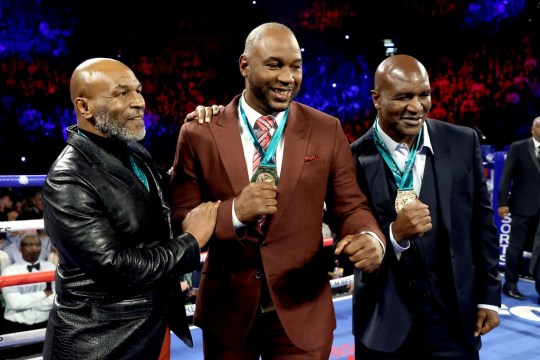 As part of the ill-tempered build-up, Tyson famously uttered the words ‘I want to each his children’ in reference to Lewis after his 40-second victory over Lou Savarese in Glasgow in 2000. After knocking Tyson out in the eighth round, Lewis fought once more, stopping the great Vitali Klitschko before hanging up his gloves in 2003. Now 55, Lewis has previously suggested he would be open to following Tyson and Holyfield out of retirement if the price is right.

Manny Pacquiao vs Mikey Garcia likely for Dubai in the summer

Manny Pacquiao open to Conor McGregor fight, but Dana White shuts it down

What a fresh look at Mike Tyson’s troubled past uncovers