Manny Pacquiao has made a point in recent weeks to tell us his major motivation in his fight with Keith Thurman on Saturday night in Las Vegas is to prove he’s still an elite boxer after turning 40 last December.

“People are doubting my capability at the age of 40,” Pacquiao said recently. “I have to prove something at this time.”

Father Time is undefeated, though Archie Moore, George Foreman and Bernard Hopkins took him the distance. Pacquiao, a sitting senator in the Philippines, is 61-7-2 with 39 knockouts and has been fighting professionally for 24 years. He has been in with the best of his era: Marco Antonio Barrera, Juan Manuel Marquez, Erik Morales, Oscar De La Hoya, Miguel Cotto, Shane Mosley and Floyd Mayweather Jr.

But proving he can still fight at a championship level at age 40 is one thing. Beating Thurman is another.

Pacquiao and the 30-year-old Thurman, from Clearwater, Fla., will meet for the WBA welterweight championship at the MGM Grand Garden Arena. It’s a bit confusing to figure out who is the champion and who is the challenger, considering Pacquiao technically owns the WBA’s regular welterweight belt, while Thurman has been designated a “super” champion.

The belts are just the jewelry. The Fox pay-per-view (9 p.m., $74.99) main event is more about staying on the top ladder of the lucrative and deep 147-pound division. WBO champion Terence “Bud” Crawford, IBF king Errol “The Truth” Spence Jr. and WBC belt-holder Shawn “Showtime” Porter are creating an era similar to when Sugar Ray Leonard, Thomas Hearns and Roberto Duran were battling each other. The winner between Thurman (29-0, 22 KOs) and Pacquiao will advance to presumably another mega fight at the end of the year. 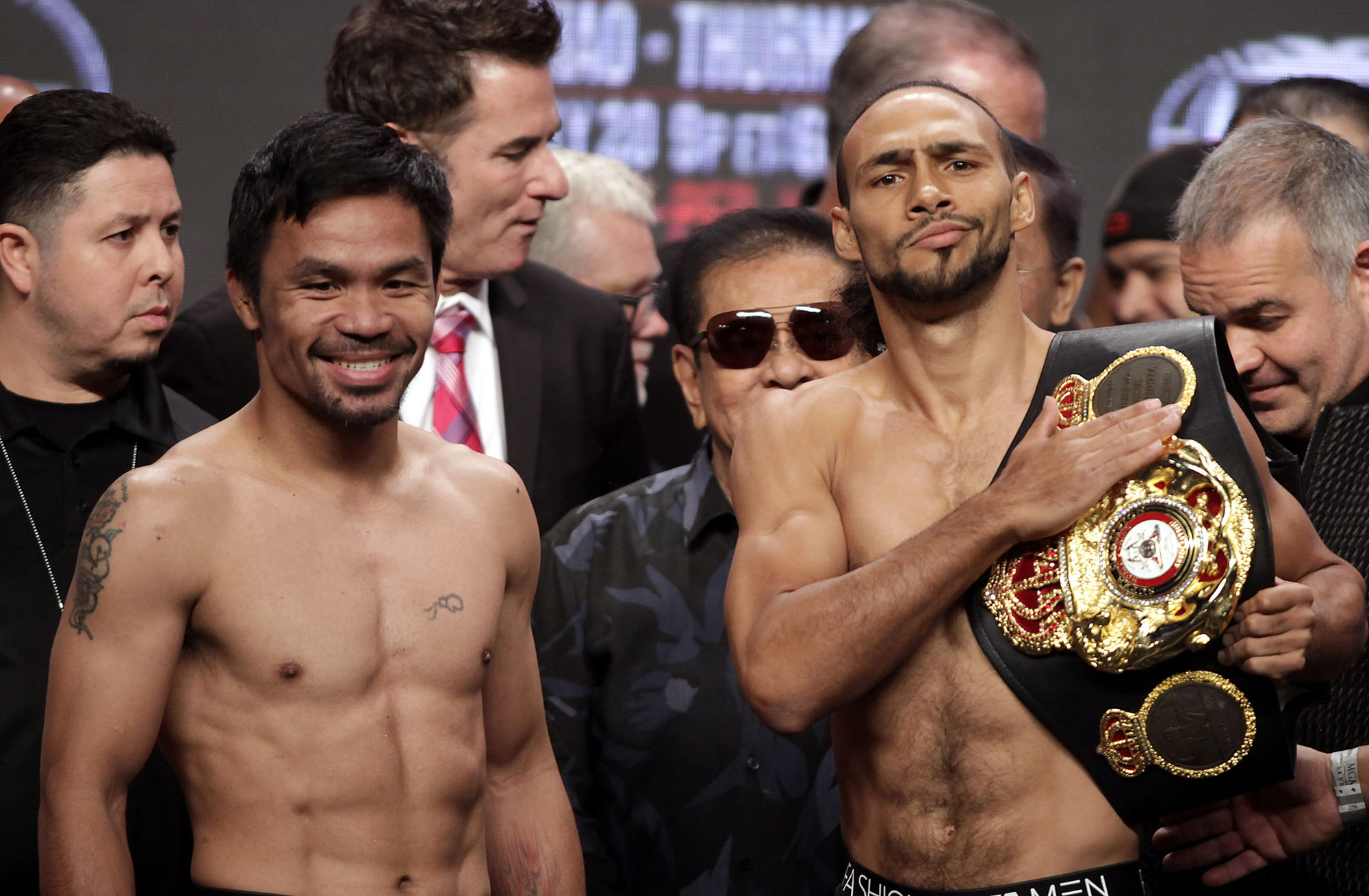 “This is an amazing opportunity to fight Manny Pacquiao,” Thurman said. “It’s as if I’m fighting Sugar Ray Robinson or Roberto Duran. This is Manny Pacquiao. It’s a tremendous feeling and it’s going to feel even better when my hand is raised.”

If Pacquiao never wins another fight, his legacy is set. He’s the sport’s only eight-division world champion after winning his first title as a flyweight and working his way up to a super welterweight crown by beating Antonio Margarito at Cowboys Stadium in 2010. He has been a money-making machine along the way, helping generate a record $400 million in revenue for his 2015 bout with Mayweather.

After losing to underdog Jeff Horn in Australia in 2017, Pacquiao bounced back nicely with wins over Lucas Matthysse and Adrien Broner and insists he has more to give to the sport.

“I already accomplished what I wanted in my career,” Pacquiao said. “But I continue because boxing is my passion. God has given me good health, speed and power. I want to keep boxing.” 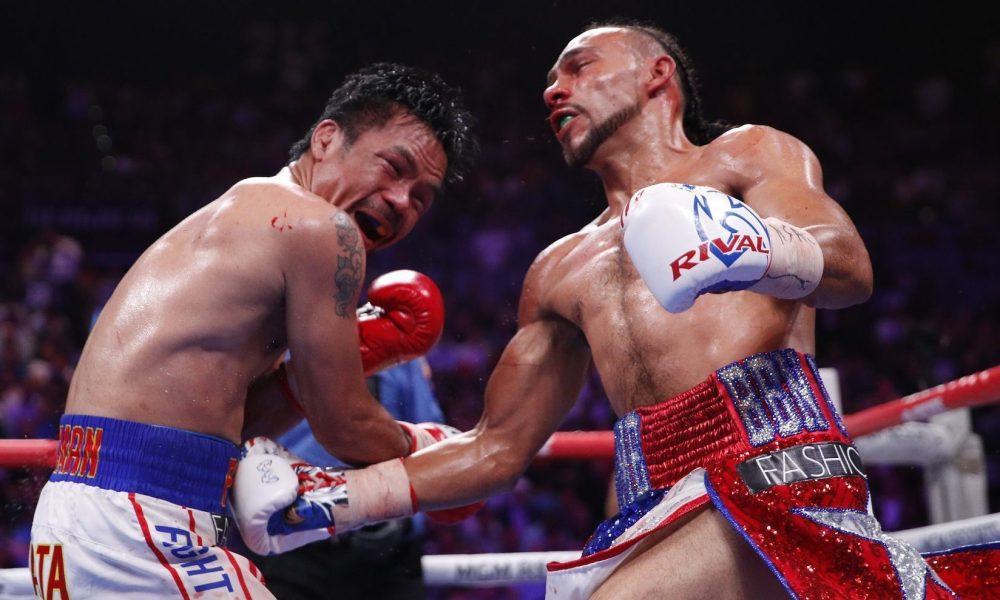 Thurman is still seeking the kind of riches and adoration Pacquiao already has earned. Just when he was establishing himself as the best welterweight on the planet, with wins over Porter and Danny Garcia in 2016 and 2017, Thurman missed two years because of injuries to his elbow and his hand. He looked rusty in a comeback win over Josesito Lopez in January, but is confident he is ready for Pacquiao.

The pick here is Thurman by late stoppage. His style lends him to get hit as Thurman isn’t afraid to be aggressive and take punches. But he should be able to dictate the bout. He’s 10 years younger and has an excellent boxing IQ, combining good footwork with speed, precision and power, something Pacquiao hopes to showcase into his 40s.

Mike Tyson Was Scared of One Man and One Man Only