LAS VEGAS — Nearly a quarter century into his legendary career, Filipino icon Manny Pacquiao isn’t done thrilling fans and winning world titles.
Far from it.
The 40-year-old Pacquiao out-dueled unbeaten champion Keith Thurman over 12 all-action rounds on Saturday at the MGM Grand Garden Arena to capture the WBA title in a thrilling split decision. The instant classic saw two judges score the fight 115-112 for Pacquiao while the third had it 114-113 for Thurman. CBS Sports also scored it 114-113 for Thurman.
Pacquiao (62-7-2, 39 KOs) recorded a knockdown in the opening round on a beautiful right hook that proved to be the difference as it helped him steal Round 1 and edge out Thurman (29-1, 22 KOs) in a fight-of-the-year contender that saw both fighters compete at an insane pace.

Despite the one-sided bad blood between them coming in and Pacquiao, boxing’s only eight-division world champion, vowing to make Thurman pay for saying he would retire and crucify him, both fighters showed tremendous respect for each other after the fight.
“I’m not the kind off boxer to be a talker, just promoting the fight,” Pacquiao said. “I think we did a lot off things [to promote the fight]. He did his best, and I did my best to make the people happy.” 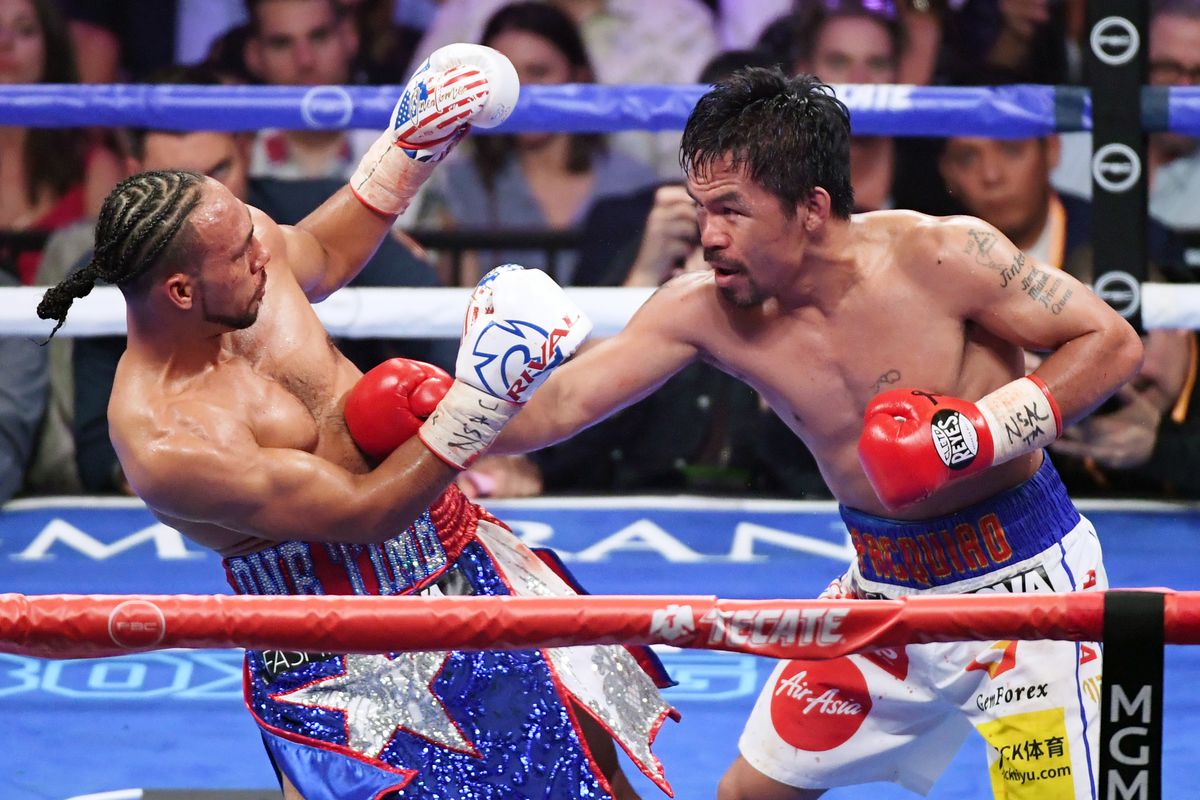 Thurman out-landed Pacquiao in this incredibly close fight by a margin of 210 to 195, according to CompuBox. But Pacquiao had the sold-out crowd on his side throughout as they exploded with cheers each time he connected and reveled in the historic nature of what Pacquiao is still doing 24 years after he turned pro. He became the oldest welterweight in boxing history to claim any of the recognized titles.

“I really loved the fans. Thank you so much for coming here and witnessing the fight,” Pacquiao said. “I’m sure you were happy tonight because you see a good fight. Even though Thurman lost, he did his best. He’s not an easy opponent. He’s a good boxer, strong. I think I’m just blessed tonight.”
Thurman rebounded nicely from a slow start that saw him have difficulty dealing with the explosive speed and power of Pacquiao. But the frenetic pace went on to favor the younger fighter as the 30-year-old Thurman came on big in the second half with power shots.

“I knew it was just too close. He got the knockdown so he had momentum in Round 1,” Thurman said. “I want to thank the fans. I want to thank everybody for coming out. This was a beautiful night of boxing. Manny Pacquiao is a great, truly great champion. 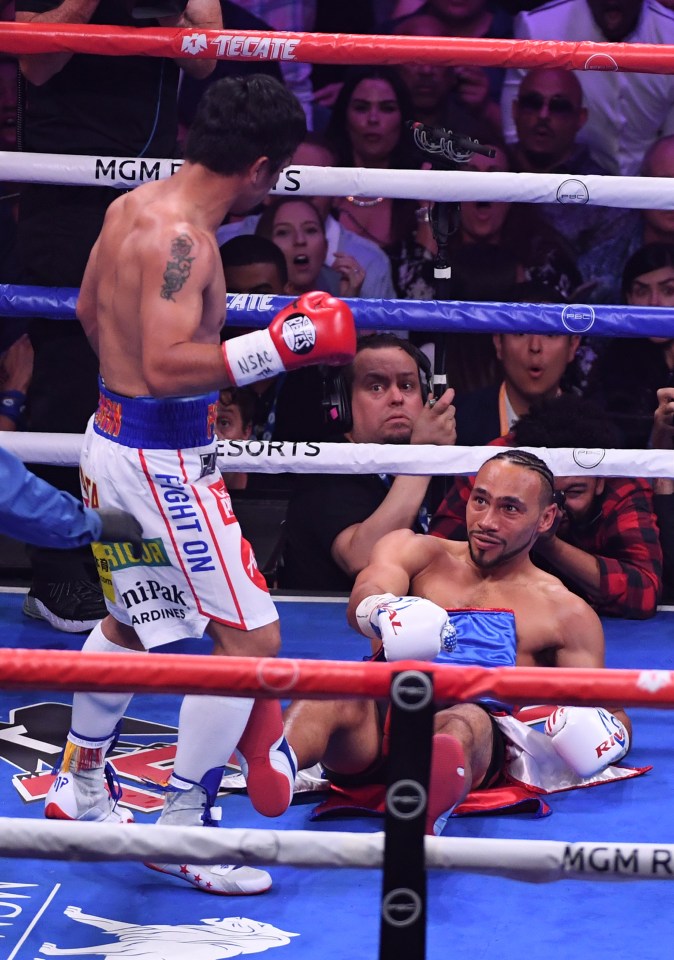 “I wish I had a little bit more output to go toe to toe. I felt like he was getting a little bit tired, but he did have experience in the ring. My conditioning, my output was just behind Manny Pacquiao. It was a great night of boxing. I’d love a rematch.”

Pacquiao plans to return to his home in the Philippines where he serves as a senator after the fight, but will be back in the ring soon — he’s just not sure when yet. He plans to watch the upcoming Errol Spence Jr. and Shawn Porter fight with the hopes of facing the winner in 2020.

Behind the doors of Muhammad Ali’s childhood home